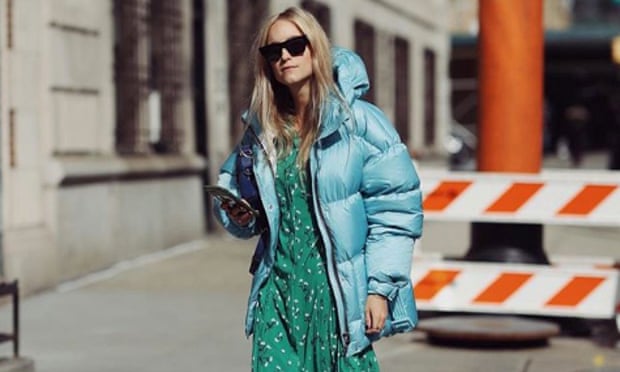 The dress of the summer isn’t by a famous high street brand, nor is it popular because it has been worn by a chart-topping singer or famous actor. The dress everyone wants to get their hands on is by the London-based label Kitri after an influential blogger shared it with her 344,000 Instagram followers.

The £145 Gabriella dress – a green, belted shirt-style garment with a black and white flower print – has amassed ann 800-strong waiting list of 800 people after Charlotte Groeneveld posted a picture on Instagram mid-February as a part of a paid partnership between her and the one-year-old brand. When the dress became available to purchase on Kitri’s website a month later, almost 200 units sold out in 45 minutes. A new waiting list is now open.

“We’ve worked with influencers before, but I don’t think that we’ve ever garnered this much attention with a dress,” says Kitri’s founder, Haeni Kim. Being a digital-first business allows it to reduce any price mark-up through wholesaling to retailers and eliminate the cost of a standalone store. Kitri retails between £45 for a T-shirt and £225 for a dress.

The hype and subsequent sales of the Gabriella dress suggest that social-media influencers remain a major resource for brands to tap.

Kitri is not alone in tapping into the world of influencers to profitable effect. Matchesfashion.com says its partnership with Leandra Medine Cohen (who has 626,000 followers) on its Shop With initiative produced a notably strong seller after she instagramed a photo of herself wearing a Toga coat. The post received 75,000 likes. Elsewhere, Swedish brand Ganni attributes the sellout of its Banana T-shirt, which shifted 969 units within 10 weeks in 2016, to Instagram influencers such as Pernille Teisbaek (542,000 followers), Lucy Williams (322,000 followers) and Veronika Heilbrunner (158,000 followers) wearing it.

Crucially, says Groeneveld, the secret to its success as a strategy is that it must feel authentic to work.

“I’ve built a community of people who share similar style and like similar things, so in that sense it’s more likely that [my followers] agree with the things I believe we should buy, save, or toss, than from a random person they don’t have that relationship with. The personal relationship is all that matters and gives you all credibility.”

Figures vary for paid partnerships and exact remuneration remains under wraps, but last year a study found 33% of marketers now allocate upwards of $500,000 to influencer marketing and brand partnerships, according to the trend forecasting firm WGSN. Another 2017 study, this time by the Influencer Marketing Hub, found 57% of marketers also have a standalone influencer budget. which, according to Sarah Owen of WGSN, “speaks volumes to the projected relevance this area will continue seeing”.

She adds: “Forward-thinking brands are utilising micro-influencers for Instagram campaigns in order to promote their brand to a wider, yet more targeted audience.”

Kitri is responsive. Its strategy of producing limited quantities of its designs also allows the label to generate additional drops in an agile manner when interest, just like that seen after Groeneveld’s post, picks up, without the risk of leftover stock. Kitri’s 10-person team is “working hard” to restock the Gabriella dress by the end of April or beginning of May, says Kim.

“Influencers democratised aspiration,” says Owen. “Once considered a fleeting marketing tool, the influencer ecosystem has proved to be a longstanding, viable segment for brands seeking to convert likes to sales, all the while increasing brand recognition.”