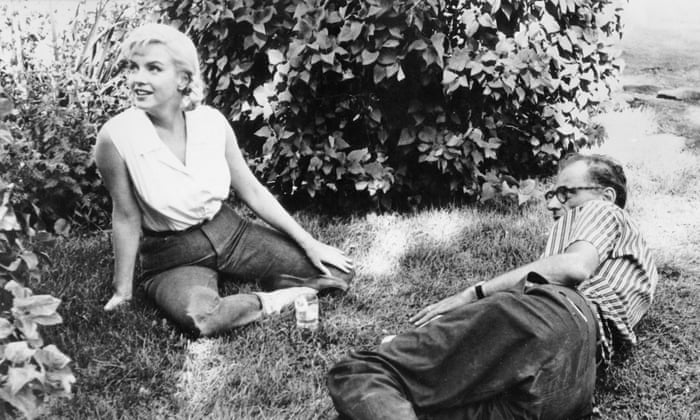 The jeans market is booming again as the US turns back the clock to denim’s glory days. 2017 saw the largest year-on-year growth in the sector since 2013, pulling in over $95bn (£67bn) worldwide compared with $91bn the previous year while sales of premium designer jeans doubled its growth.

Observers believe shoppers are deciding to try other styles beyond the skinny silhouette that has been so popular for more than a decade. This season styles hark back to authentic American selvedge denim and come straight-legged, stiff and in a deep indigo hue.

The trend began last year on the Calvin Klein catwalk, when designer Raf Simons paired dark indigo jeans with a matching shirt for his influential debut collection for the brand. For spring/summer 2018, a host of other designers joined the fray, showing not just indigo jeans but indigo denim in general. At Tom Ford, dark denim materialised in a sharp blazer with pointed shoulders and high-waisted, wide-legged jeans. At MaxMara, a buttoned-up boiler suit came with selvedge-style turn-ups. At Versus Versace there were tonal jackets and knee-skimming skirts.

The impact of the trend is already being felt on the high street. Asos reported sales of jeans were up 58% this week, compared with the same period last year, while denim dressing at the e-tailer was up 81% from 2017.

Celia Cuthbert, the head of buying at Asos, said that “authentic dark, raw and untreated indigo” was its biggest denim trend this season, and that while its customers still loved slim and skinny jeans, the brand was “seeing more and more sales coming through from wider-leg silhouettes and straight legs”.

This look, similar to that immortalised by Marilyn Monroe in 1961’s The Misfits and Martin Sheen in 1973’s Badlands, evokes a glory time in American history when the US was the leading purveyor of denim worldwide.